All in the name of religion

We in India love to hold others to unmitigated suffering in the name of reiterating our faith in our religion. We have no qualms about blocking entire stretches of road (without any prior information and/or planning of alternate routes) and bringing traffic to a grinding halt for hours together in the name of conducting the night long devi jagrans, celebrating birthdays of gods/goddesses/ religious leaders, or for offering prayers to the Lord Almighty.

Yesterday, the 13th of January 2013, was another such lightless day when hundreds of hapless citizens like me were caught in insufferable traffic jams and vehicles came to a torturous standstill as the Sikhs fervently took out their annual street processions in as part of their pre-birthday celebrations (called Prakash Utsav, or the festival of lights) of their tenth and last Guru Gobind Singh, to the accompaniment of hymns, mock battles with traditional weapons conducted by Gatka parties, musical bands of all hues and denominations, sudden bursting of firecrackers, musical bands, and trucks decorated with flags and religious posters exhibiting the diverse aspects of Sikhism. The traffic police were at their inefficient best and, instead of directing the traffic through alternate routes, actually led it to the middle of the chaos and then left it to fend for itself. I wonder how many persons missed their trains or reached the hospital just too late, apart from wasting fuel and energy, even as women, men and children danced to gaiety, oblivious of what they were inflicting on others.

I have a lot of respect for the Sikh community—for their valour and exuberance; for their community kitchen services; and for their industrious nature. But can they please (and this holds good for all of us, irrespective of the religion we profess) follow their traditions and celebrations without holding the general public to such ordeals and useless sufferings? Such hollow demonstrations of our beliefs only send out wrong messages, especially to the children and youngsters, who always form a sizable part of such processions/celebrations, that it is okay to put others to unnecessary hardships for the sake of our own enjoyment. Unless we are sensitive to the needs and wellbeing of our fellow citizens (rather than ignore their presence and existence); we can never hope to put an end to gender discrimination and violence against the under privileged. This insensitivity and total disregard towards others plagues our society and is the root cause of graver acts of injustices meted out to the oppressed classes—be they women or the marginalised communities.

Let us hold our religious/family/community celebrations within safe and enclosed spaces, sans loudspeakers, so that our leaps of faith do not land others in the ditches of discomfort and suffering. 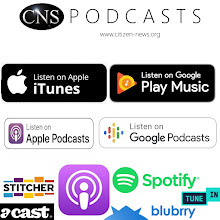 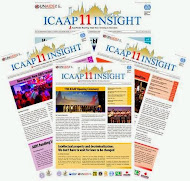 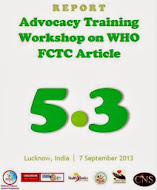 Best Practices in PMDT in India: 2013